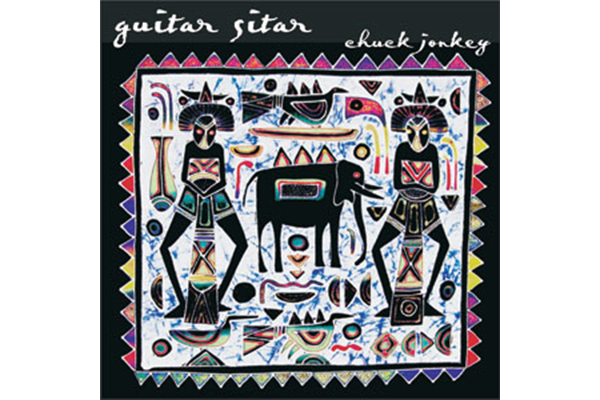 My first trip to India was a real eye-opener in many ways. I was fascinated by the culture… the smells, the food, the exotic sounds of intriguing music. There are so many interesting aspects and levels to Indian music.

I returned home a subsequently went to see Ravi Shankar perform. I was a superb concert and it was there that I met Hari Har Rao. He is a master teacher and player who had spent many years with Ravi Shankar. He was living in Pasadena, so I started studying with him. I studied the sitar and also some tabla.

There are some very interesting things you can do with sitar that you can’t do with guitar. I started looking for someone to collaborate on a hybrid instrument. I found a great luthier Scott Hackleman who had studied sitar building in India. We had many meetings and came up with a design for an acoustic guitar/sitar with 17 strings. 5 main playing strings and 10 sympathetic strings.

This is an inspired instrument that almost plays itself. You can hear some examples on my Guitar Sitar CD.