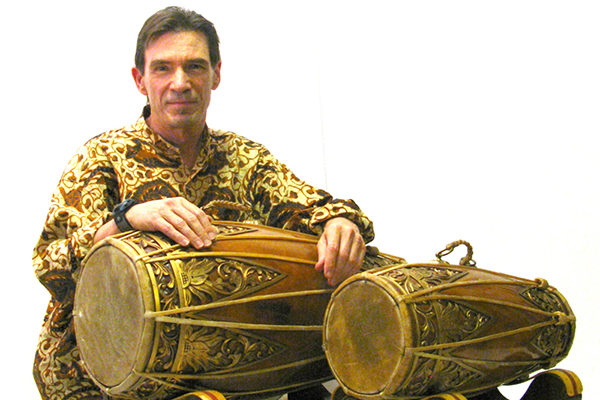 Java is an amazing place filled with a wide variety of traditional music, dance, art and culture.  I’ve been there several times to record, film and learn from these amazing people.

Javanese music is both complicated and very mystical.  The instruments are tuned to a variety of exotic musical scales including Pelog & Slendro.  Books have been written on the deep meaning and creation of the extended musical pieces played on Javanese gamelan.  The giant gongs (called Gong Ageng) are the soul of the ensemble and are believed to have a resident spirit.  Great deference is payed to this gong and offerings of fruit and incense are frequently given to it.

I comissioned the creation of a gamelan for me by the late great gamelan builder mas Hirdjan.  I met him in Jogjakarta.  It took 1 year to build these intruments.  Here are a few photos for you.

This is the music created by the Javanese gamelan:  Gending Bonang 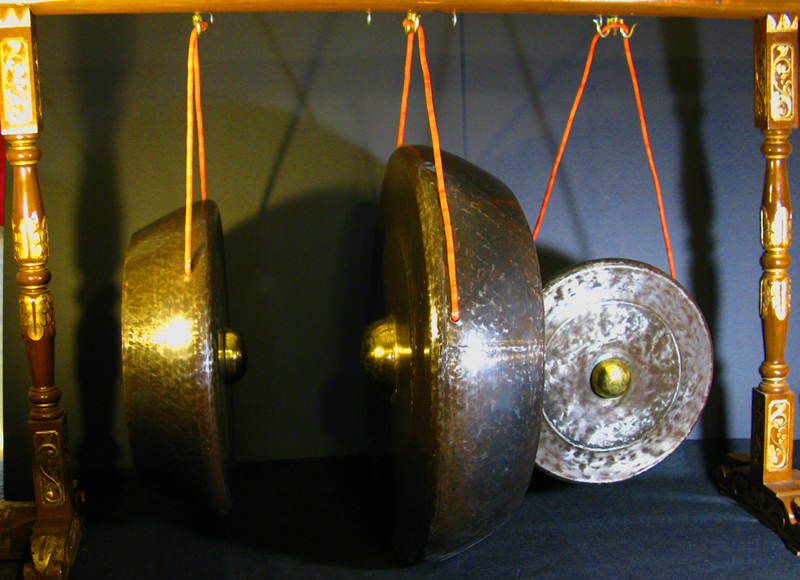 Gong Ageng with other gongs 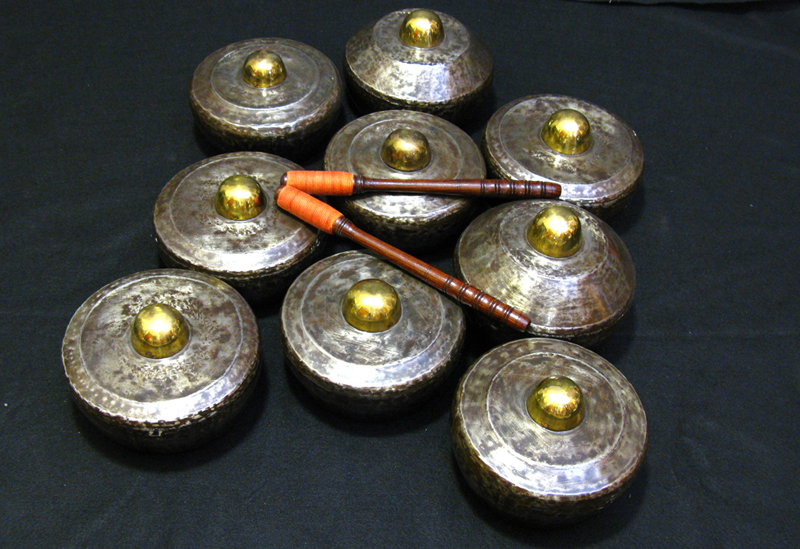 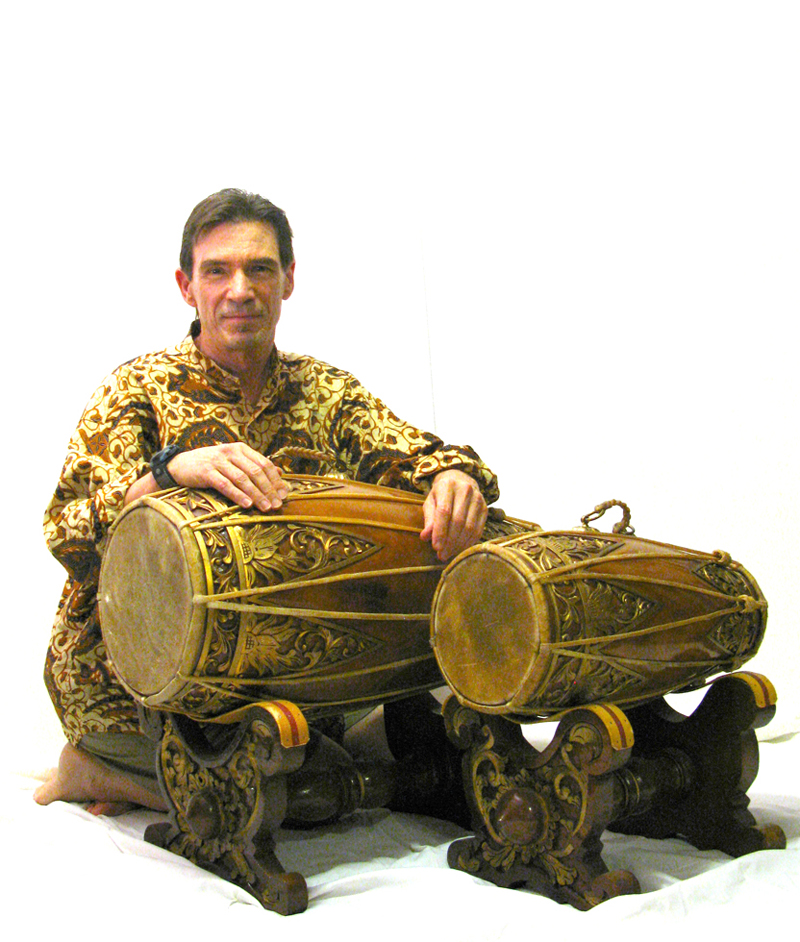 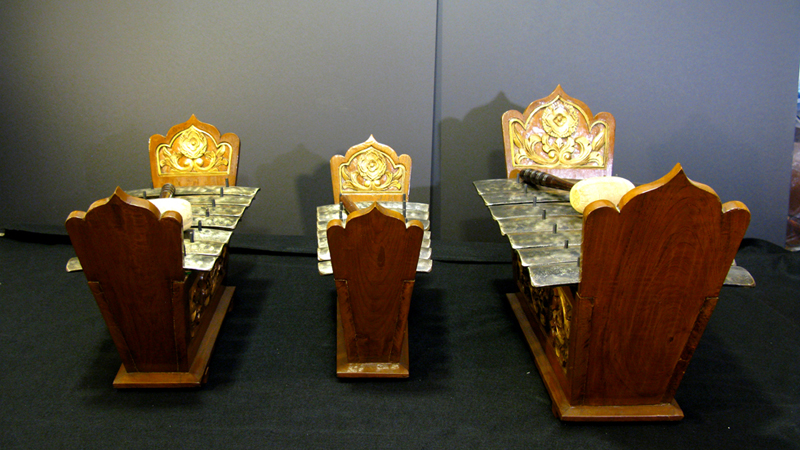 Three sizes of Sarongs (solo style) that play the melody 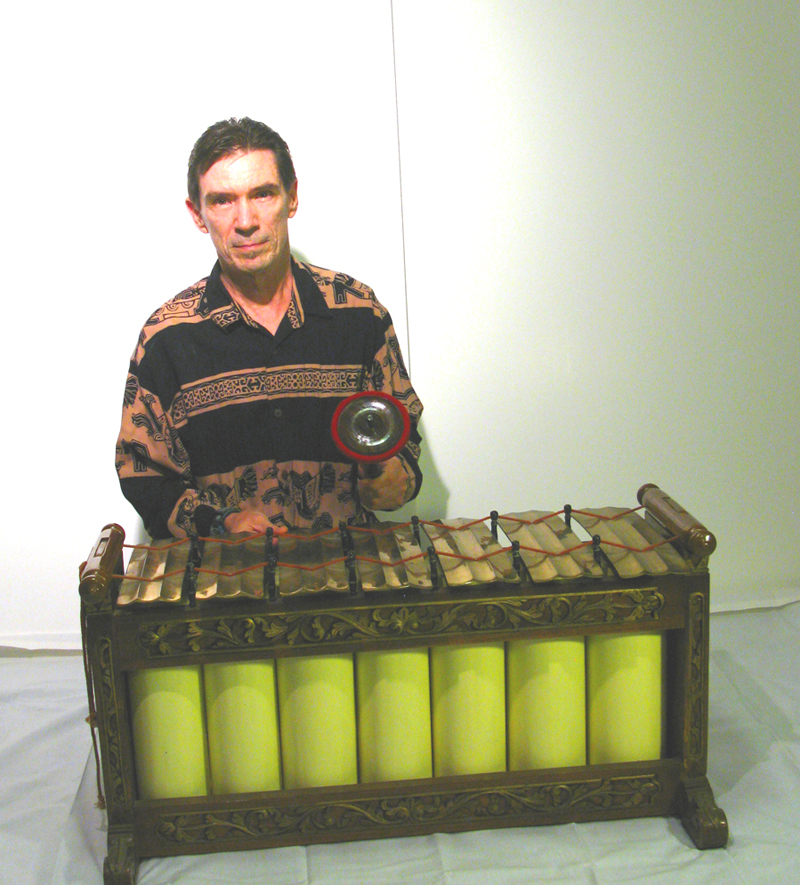 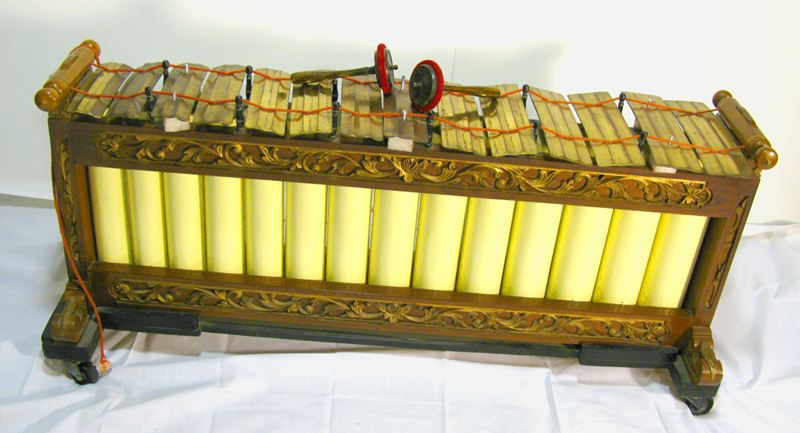 This is the Gender. It is played with both hands using these mallets.

Intricate carving on gong stand.
This work is all done by hand.