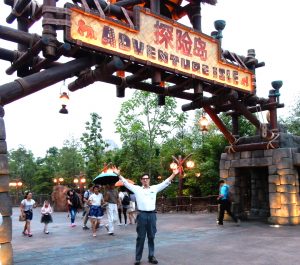 Chuck Jonkey at the entrance of Adventure Isle 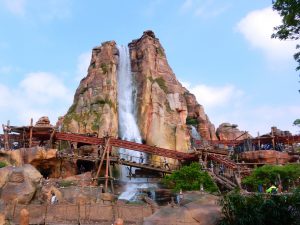 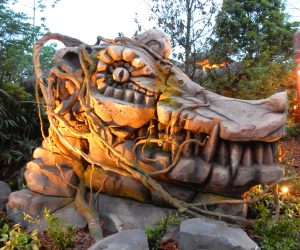 Over two years ago I was approached by Disney Imagineering to create music for a new land –  “Adventure Isle” (for the developing Disneyland  in Shanghai, China).
This was the first time all original music was being commissioned for any  “land” in a Disneyland theme park.
I was asked to compose indigenous music for the “Arbori people”, a fictitious tribal group that inhabits Adventure Isle.  This new  “tribal” music could not sound Chinese, South American, African or any other current style – this had to be totally unique Arbori music.  They told me the Arbori people had not yet discovered metal, so that eliminated many musical instruments.    So what next?   I did lots of experimentation to create a sonic pallet of music and sound that was completely new (but it had the flavor of an ancient tradition).  What a cool project!

No electronic loops or samples were used and only acoustic musical instruments were played.

I used dozens of bamboo flutes of various sizes & tuning, clay ocarinas, loads of percussion, lots of shakers  (made with organic materials) and even used leaves, branches and foliage as rhythm instruments.

I built exotic stringed instruments ( several harp-guitars, a “toucan” dan bau , box zithers, cuicas and much much more ).  I created mallet instruments ( a glass marimba, slate marimba, bamboo tube gambangs  and many other wooden musical instruments). Jungle drums, bamboo drums and talking drums of all different sizes were used to create a totally natural and organic sound.  Additional ambient sounds recorded on my Sonic Safari adventures were blended into the soundtrack.

In addition to the experimental musical instruments built for the project,  melodies were composed using  non-traditional musical scales ( in many cases flute scales & ethnic micro-tonal scales ).  Exotic non-traditional rhythms and beats,  including 17, 13, 11 and other odd times were used in the Arbori music.  Many new percussion instruments were invented, fabricated and used for the project.
I composed almost 5 hours of music ( a total of 46 songs ) for Adventure Isle.  Additional music was composed for the “Soaring” cue line and “Observatory” room.  It was excellent fun working with a superb team of “Imagineers” including sound designers, engineers, singers, children’s choir, production teams and an amazing writer. One team even went to the rainforest to record jungle sounds. 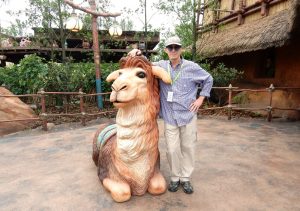 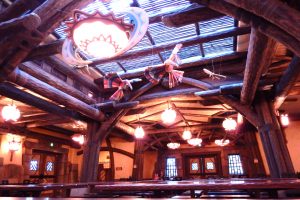 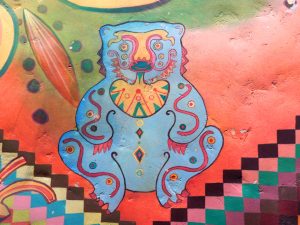 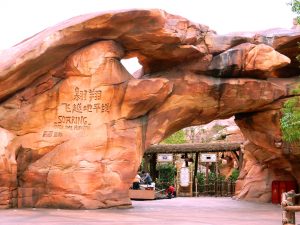 Soarin’ Over The Horizon ride entrance 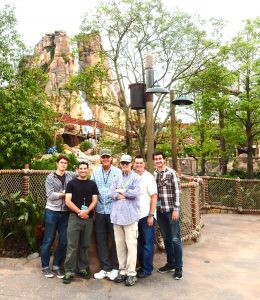 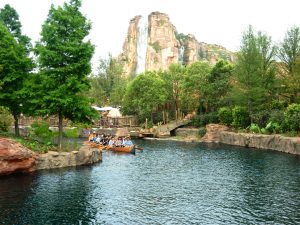 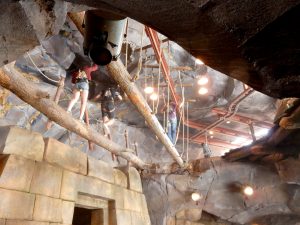 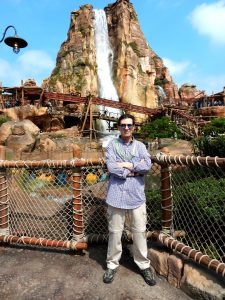 Chuck Jonkey in front of mountain

Please visit my sonic safari music web site for over 110 Cds of exotic music.  Here are a few suggestions: