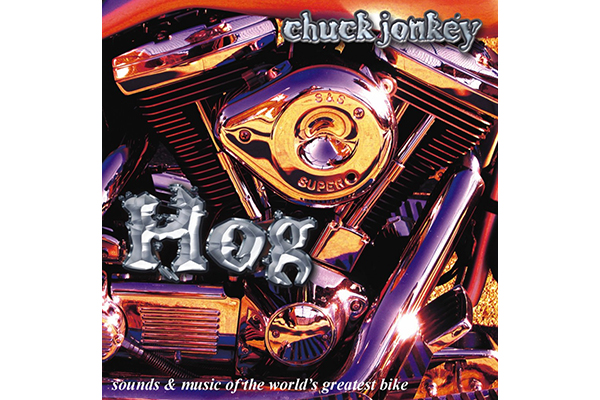 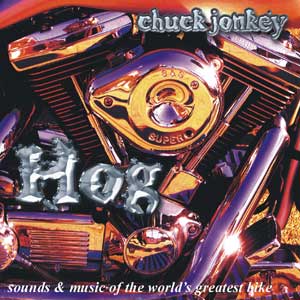 Every year in Glendale, California there’s a charity event known as the “Love Ride”. Up to 30,000 motorcycle riders (mostly on Harley Hogs) assemble for a ralley. The streets are blocked off as the event kicks off and the sound is quite amazing… raw power! I’m usually reminded of the day as I wake up to the earth-quake-like rumble of the motorcycles. I’ve gone down and recorded those sounds.I decided to make an entire Cd based on the sounds of the Hog. I included recordings of the “Love Ride” and recorded other bikes of friends. On one occasion I had my head close to the motor as the engine idled. The engine was warming up. During the recording I heard an african rhythm…which gave me an idea.I built an audio track based on the sound and added african drums. The track starts with an idling cycle and ends up with screaming african drums, tiger growls and sounds of the jungle! I then decided to create additional musical tracks using the motor cycle as a rhythmic element. The end result is my Cd: “Hog”. If you ride or know someone who does, this is a totally unique recording they’ve got to hear.