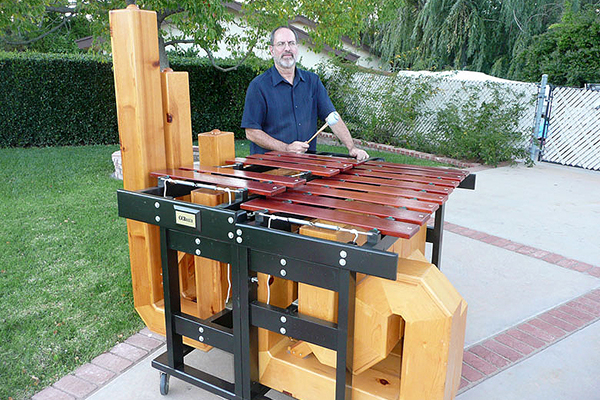 Several years ago I acquired a very unique instrument. This custom made Contra Bass marimba is a work of art and has such low bass tones that it will make a house shake. I wasn’t able to play it as several of the keys were broken. I finally decided it was time to take this instrument out of mothballs and fix it.

I do have some woodworking skills but found out that making a marimba bar is a daunting task. First of all I wasn’t able to match the wood. One lumber yard thought it was some kind of mahogany. I did purchase mahogany and began to form the bars. The bars need to be suspended on a node. There are two points on the bar that this occurs towards the end. On the internet I found several mathematical formulas to calculate this but in the end found the easiest way: just suspend the bars on two strings and pour salt on the bars and start tapping… the salt forms two straight lines at the node points!

The next and most critical part of making a marimba bar is tuning it. This is really the hard part. Of course you need a very accurate tuner but there are different parts of the bar that need to be tuned. The first and second overtones are one octave apart (that’s the basic pitch of the bar), but the third overtone is also important and occurs at a different point. Well my efforts got me close. 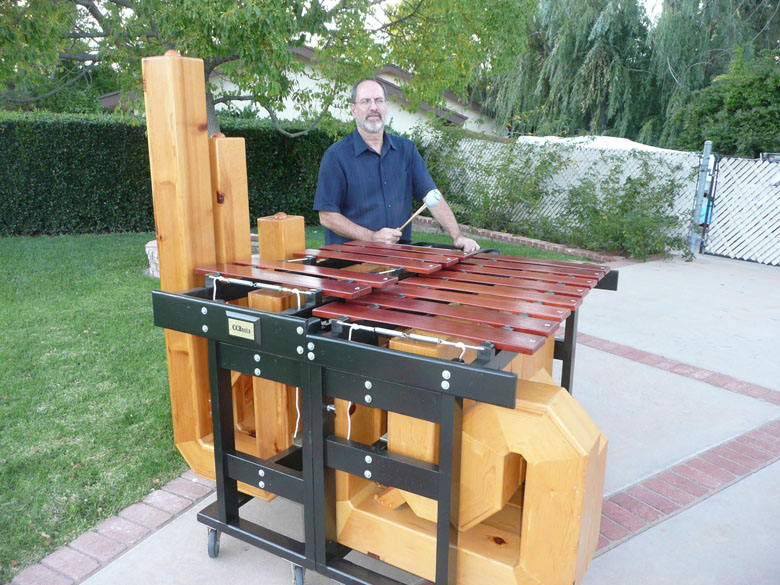