My Recent Trip to Morocco 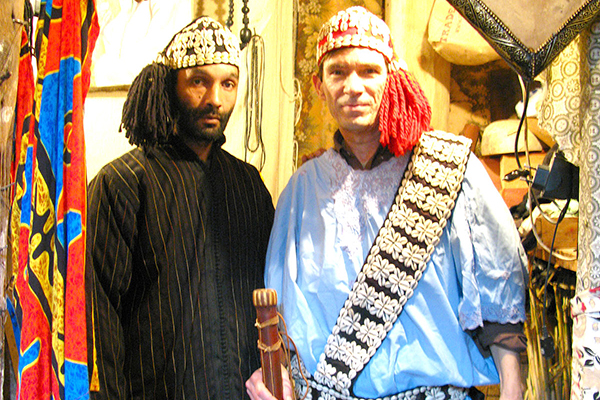 I just returned from wild adventures in Morocco. My brother, Paul, and I flew to Marrakech and immediately began to search deep in the old medina for a musician friend of mine. I met Youseff 5 years ago as he worked in his tiny shop building exotic musical instruments. He is a master gnawa musician.

The Gnawa are an ethnic group of the Sufi religious order, descended from slaves of the Sub-Sahara region of Africa. Large groups of slaves were brought across the Sahara in the late 1500’s. Gnawa music is very powerful and is used in healing rituals and with trance dances.We found Youseff in his tiny shop, he was really happy and excited to see me. I presented him with a Cd of his music from my previous visit. He invited us to a special festival deep in the Atlas mountains. The trip would last a week. In a couple of days we met Youseff early one morning to start our journey. We took a local bus to the costal town of Essaouria. Here we met other Gnawa musicians who invited us to stay in their house right on the walls of the medina next to the ocean. One evening I recorded Youseff playing the Gimbri (a 3-stringed bass instrument is a camel skin covered box with a wood poll for a neck. The strings are made from Sheep gut). The music was soulful and stimulating.

We continued our journey through Casablanca and on to Meknes. I almost got arrested the second day while I filmed the medina wall and surroundings. A man walked up to me and asked if I was “filming the secret police.” He carried a gun and demanded to see the footage I had taken. I complied and was eventually let go with a warning.

A few days later Youseff took us up into the mountains to the tiny village of Sidi Alit to witness the gnawa festival. The streets were packed with locals in tribal dress. We were the only westerners there. Hundreds of villagers crammed the streets in a very festive atmosphere. Strange religious icons were being sold including dried chameleons and other weird animal parts. People visited a sacred mausoleum while women offered sacrifices in a gully below us (spilling the blood of sheep & chickens) to find a husband or increase their fertility! Huge groups of people were dancing in the streets and playing drums. We took refuge in an outdoor cafe while a large group of people passed by dragging two goats to be sacrificed. They were playing loud music and dancing wildly. I took my camera out to film, but immediately a number of men pointed at me quite agitatedly to put the camera away. The craziness continued late into the night. Another wild adventure on my trip to Morocco. 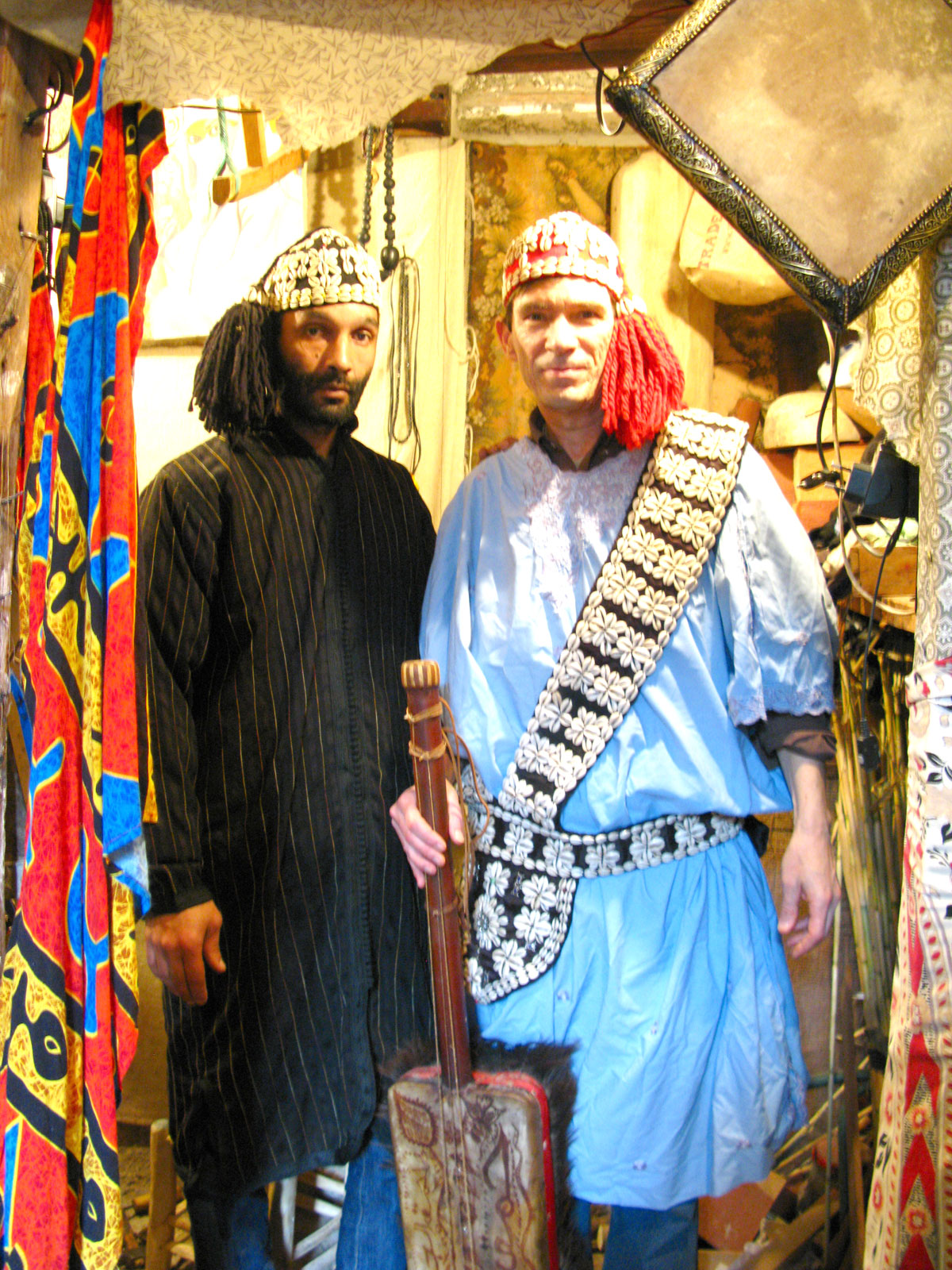